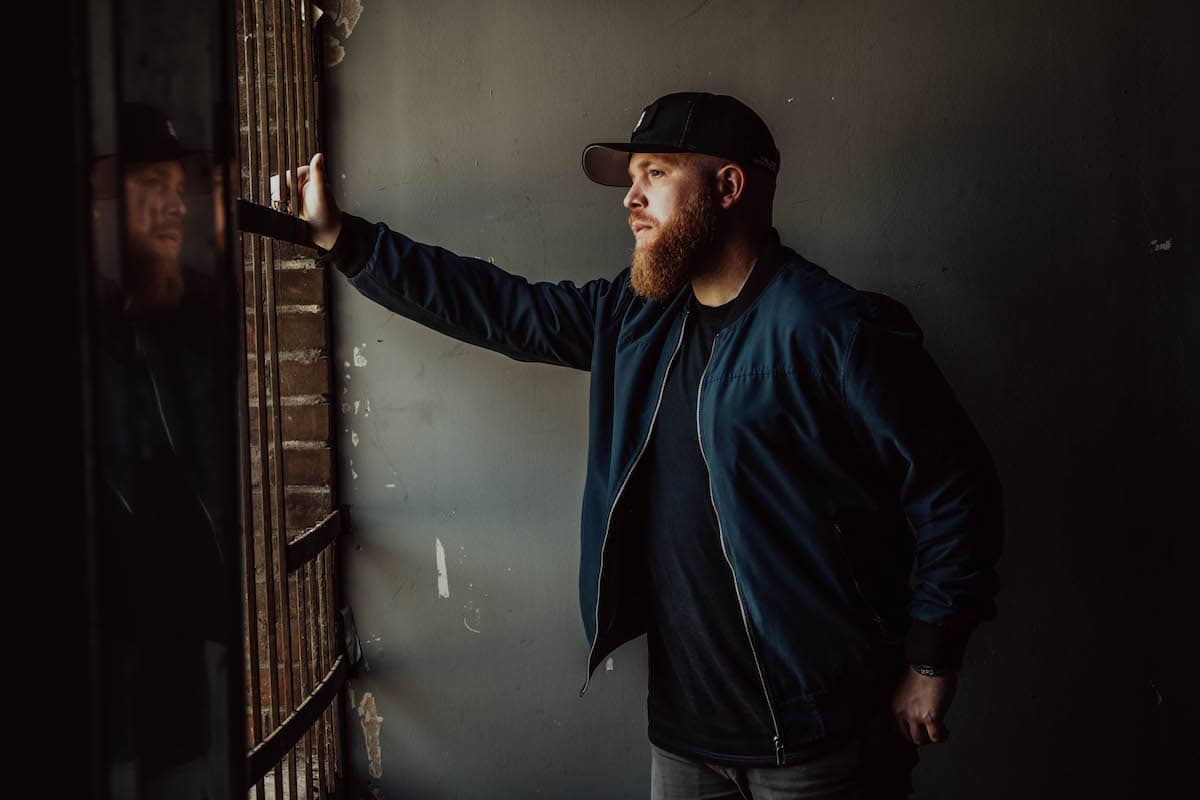 WHAT DO THEY KNOW (WDTK) EP

Country music takes a special kind of person: someone tough with a tender heart, willing to put themselves on the line with others in mind. And with Warner Music Nashville’s Tyler Braden, you can hear it in every song.

With his seven-track EP debut, What Do They Know (WDTK), the rising star introduces himself as just such a person – an artist whose compelling combo of tough and tender stand at a crossroads of modern-Rock energy and deeply-felt Country tradition. Just now heating up, his songs have already amassed 70 million streams and counting, built to connect whether it’s Saturday night or Sunday morning. And once you know his backstory, that mix of the gritty and gentle makes perfect sense.

“Everyone in music puts in their time in a different way – it’s like that chasing any dream,” says the singer-songwriter, who only recently gave up his day job as a full-time firefighter. “I worked my butt off in the fire service through recruit school, training and my years in Montgomery. If it wasn’t for that, I wouldn’t be here.”

Growing up in the small community of Slapout, Alabama, Braden’s story starts off like any tale of growing success – with an ember of talent. He lived about 30 minutes from Montgomery and the final resting place of Hank Williams, so Country history was always in the air, but early on he felt the pull of pounding drums and screaming guitars. Inspired by parents who were local entertainers themselves, Braden learned to play guitar as a teen and was soon putting pen to paper – but it was onstage where he truly thrived.

Sharpening his live-show skills with four-hour cover-band sets, but always making sure to sprinkle in a few originals, Braden began fusing his Hard-Rock foundation with the storytelling traditions of his Country community. Gifted with a voice full of howl-at-the- moon resonance, he won a local talent competition which took him to Nashville for his first real recording session. But even with his music dreams closer than ever, he had a job to do.

“I was in the fire hall in Montgomery when I Googled ‘Tennessee firefighting jobs’ and found out they were interviewing in Brentwood, just south of Nashville,” Braden explains. “A couple of weeks later I came up for a test, and a couple of weeks after that I was suddenly living here.”

Quickly finding his feet – both at work and musically – Braden played his first Nashville show at the popular Whiskey Jam series in 2017, a long-running concert series renowned for hosting budding singer-songwriters. Soon he had both management and publishing deals – all with the support of his firefighting family – and ultimately signed a record deal to begin his journey as a fully-fledged artist … but he has never forgotten where he came from.

After releasing his first song, a NEEDTOBREATHE cover of “Brother,” honoring his first responder brothers-and-sisters through the COVID-19 pandemic, Braden followed up with his original “Love Is a Dead End Road.” And now What Do They Know (WDTK) is the next step.

Produced by Randy Montana, with co-production from Mark Holman and Adam Wood, the edgy set features seven tracks – all co-written by Braden with a patented, purposeful blend of tough tenderness.

Matching the electrifying tenor of his vocals to heartfelt lyrics of love and loss, all set in a small-town reality, each song comes from vivid characters of Braden’s real life.

“I’d be humming ideas in my head. It was a slow-burning writing style, where I would think of ideas and add on to them,” he says. “You can think of a very small root idea, and it might just be what you think a song should be called. Then it’s about expanding on it, based on what you know and what you’ve experienced in your life. Most of it is having a good imagination, reading a lot and listening to all the different music you can.”

Three early releases start the new chapter, with tracks like the empathetic stunner “Secret” joining the know-yourself chest thumper, “What Do They Know,” and a pounding- pulse heartbreaker called “Ways To Miss You.”

New additions include the searching Country Soul of “Better Off” and the sexy scene setter, “What I See,” while the tortured “Try Losing One” finds its polar opposite in the carefree romantic romp, “She Don’t Care.”

Meanwhile, Braden still strives to make you feel it all onstage. He’ll hit the road with Brantley Gilbert through the end of the year and is set to make his Grand Ole Opry debut in early 2022. Even then, he’ll be bringing the full range of tough talking energy and tender grace.

“Country music doesn’t just make you dance. It’s supposed to be real and relatable,” he says. “But it all goes back to the live show. … And I think we put on a hell of a show.”